One particular time that they took these potions it happened to be the waning time of the year, and the moon had nearly finished taking off her black clothes. The trees had dressed in their most extravagant funeral garb, and had begun in earnest to shake it off. Cold had her eye on the wind, and had a mind to grab him and whirl him around. By gosh it was serene outside.

The Wizard and the King were waiting in the small brown dungeon of the Wizard’s home for the arrival of a certain Baron whom had promised them the boon of the potions. They were going to discover the meaning of life, again. As the time passed they spoke of many things; the unreliability of human senses, the inherent doubt in any particular perception of reality, and why a certain young maiden they knew refused to admit to having ever masturbated. Eventually the Baron arrived, shared his gift, and the event began in earnest. 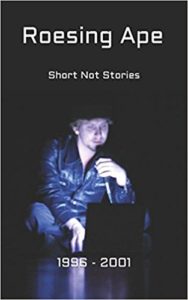