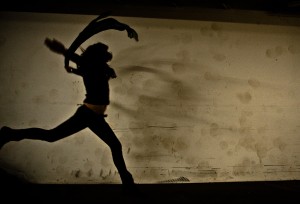 Feynman & Susskind batter me forthwith. Letting it all fall off to see what’s left; base desires seeking ever lower energies, insatiable desire for distraction in television, movies and games, which when left to simmer for eons of wasted satiation, begins to dwindle into the deepest curiosity. Feynman & Susskind batter me forthwith. Snarling snakeheads laziness and base desire twirl in barber pole battle wreaking destruction on the landscape below, which happens to be my bowels, lower back, and gums. I’m pretty sure I just fucked up my life fairly well because I was sad and bored. It’s a beautiful sentiment, until you take away any awareness of that sentiment during the actual fuck. My subconscious is a terrible romantic and doesn’t always announce its plans. My conscious literally has a degree in Theatre, is a drama queen, and possesses the accompanying narcissism which prevents it from paying attention to anything but itself until everything important has already happened.

I’m a firm believer in the wisdom of the body. Having explored this wisdom through valiant feats of laziness and martyrdom in satiation of base desire; I have come to the conclusion that the wisdom of the body, if left to itself, would simply eat and/or fuck itself to death. To this I attribute a large portion of modern diseases of the body and disorders of the mind. I’m not saying this is causal, I’m just attributing it to it, like, in its metadata. Is curiosity the lead out?