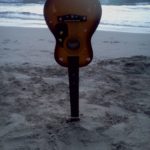 TALKING to people is stupid. Unless they already know what you’re going to say, and then it’s just frustrating. The only time it works is when they know what they’d like you to say, and you say it. Mostly they don’t want you to say anything except yes, no or something guttural. Usually what they know you are about to say, in successful scenarios, is either something they just said, or clarification of something they’d like to be able to say but don’t know how. Such is the case with instruction. A teacher wants the student to say what they just said or have been saying, and the student wants the teacher to say something that clarifies what they already think they know. Of course usually the student doesn’t already know much at all, which is why most people hate school. To a large extent you don’t like to be talked to. Problem is, you have to push through the talking to get to the things you do want people to do to you. And somehow, even amongst all this resistance, information is strangely transferred. It piggy backs on the garbage. Kind of like a parasite. A good one, in that it only rarely kills its host. In return for being spread around and reproduced, it comes in handy to influence people to say the things that you want them to say to you. This in turn creates a scenario wherein people more often talk to people, therefore creating an optimal environment for information to reproduce itself and infest more host organisms. Of course, like any organism that has the potential to become too successful and overstrain its environment, information can kill and destroy. This is because, just like any reproducing and consuming organism, information occasionally has to take a crap. Or maybe piss. We call this useless information. Or in vernacular, bullshit. At some point information can be so successful that the bullshit collects to the point where there is actually more bullshit than information. Unfortunately the host organism in this case, people, have very little idea of the difference between information and its detritus, bullshit. Somewhat like dandruff and lice, you have to look very closely to tell the difference. So people keep going around spouting what they think is information to get people to say the things they want them to say, but really it’s just bullshit. Eventually, there can be so much bullshit that very little information gets transferred, and this effect increases exponentially in a positive feedback loop as the environment continues to be polluted. So all of the sudden people all over the world suddenly have a hard time convincing anyone else to say the things they want them to say, because all there is, is bullshit. And since people talking to one another is stupid enough already, it becomes downright impossible with all this bullshit. And so society collapses. This was the second clue as to how you were going to destroy civilization. And it came to you as you stared at the aisles and aisles of Plant Patents.